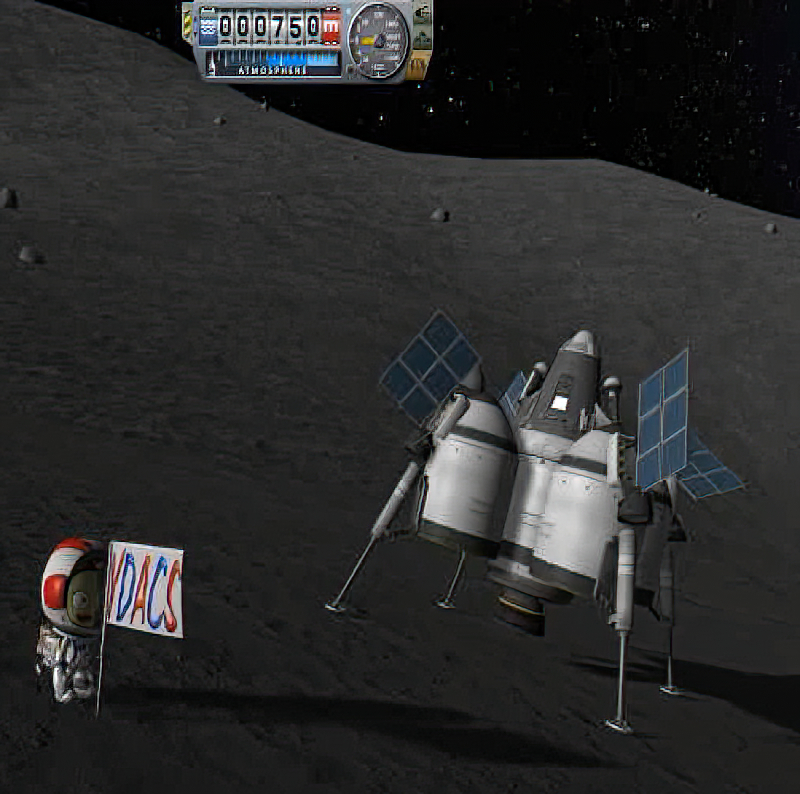 In this groundbreaking course third grade through high school students build and pilot six rockets and one satellite as they progressively build their skills to land on the two moons of the Kerbin System, Minmus and the Mun, record lots of science, collect surface samples and safely return to Kerbin.  They begin by flying a very simple rocket over the ocean, another to achieve an Kerbin orbit and safely return, another to orbit the Mun, and another to learn landing skills and taking surface samples by landing on Minmus which has a lower gravity than the Mun for easier landings.  Then they build a Mun mapping satellite to identify and track a suitable landing location for their Mun lunar lander.  Lastly, Valentina flies their ultimate mission to the Mun and returns to a hero’s welcome.

Throughout several flights students collect science data to gain science points that they use to buy more advanced rocket parts allowing them to build more sophisticated rockets to reach the Mun and safely return to Kerbin.

Students learn advanced concepts including thrust to weight ratio, delta-v, and orbital mechanics to pilot their rockets into different orbits. Once in Kerbin orbit they plot and execute new orbits to land on the moons and safely return to Kerbin.

Each enrolled student receives an exclusive 60% off discount code to purchase the amazing Kerbal Space Program for $15.

We welcome to our next generation of the Kerbalnauts to travel to the Mun and beyond!

If you have questions you should first search the KSP101 Student Forum to see if it has already been asked and answered.