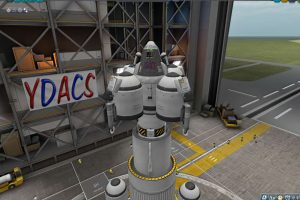 YDASP capsule for the Mun 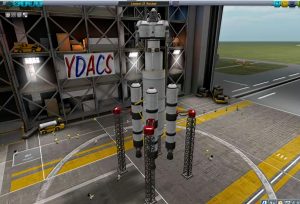 YDASP rocket for the Mun

We are super excited to announce the countdown to the launch of the Youth Digital Arts Space Program!  [It officially launched on 8/18!  Read more here.]

With the launch of Virgin Galactic's spaceplane from New Mexico thirteen days ago, and the launch of Blue Origin's New Shepard rocket from Texas four days ago, space industry experts project great demand for young people interested in space careers.

This is a ground breaking program with support from the creators of the Kerbal Space Program who have inspired legions of space engineers and scientists around the world and in the top international space agencies including NASA and the European Space Agency.  Youth Digital Arts will bring the incredible awesomeness of the Kerbal Space Program to their youngest participants ever: our third grade though high school students!

Our first course will teach students how to build and pilot their own rockets to the Mun!  Students will learn about and use advanced concepts including thrust to weight ratio and orbital mechanics to pilot their rockets into Earth orbit.  Once in orbit they will plot and execute new orbits to land on the Mun and safely return to Earth.

Strap in and get ready to blast off!

3 thoughts on “Countdown To The Launch Of The YDA Space Program!”